Investing in China – The Ethical Question 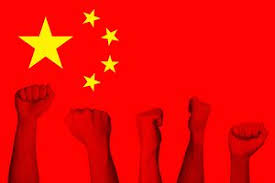 China’s economic boom has led to the creation of some of the worlds largest and most innovative companies. The growing middle class has caused the rise of Chinese consumerism making them a very attractive market. So, with the future looking bright for its businesses China appears to be a perfect investment opportunity for investors. And as you know, investors hate being late to the party so not many investors want to miss out on jumping on the Chinese bandwagon.

Okay, so post over right? China is obviously a great place to invest, it’s a huge market with good companies that seem to grow forever…….Just wait a second, before you go emptying your piggy bank into Chinese stocks and ETFs maybe you need to consider a few things. China has a pretty poor human rights record; they restrict many freedoms that westerners take for granted. Worker conditions for the majority of Chinese workers are well below acceptable modern standards and rampant industrial pollution is causing significant health issues for the public. Furthermore, their government has a strong grip over the nation and is increasingly adopting aggressive trade practices to further their influence on the world.

This leads us to the question, with all the controversy surrounding some of the nations restrictive policies and aggressive actions, is it ethical to invest in China?

But before we dive into the debate, we must have a look where China has come from and where it is going.

From Mao to Now

The rise of China over the last 30 years has been amazing to witness, from a poverty stricken nation to a world superpower in such a short period of time is an unbelievable achievement.  Through hard work and forward planning the country has transformed from irrelevant to dominant on the world stage. They are continuously innovating their industries, improving their living standards and growing their global influence.  China truly is a modern day economic success story.

But it wasn’t always this way.

Throughout most of its 2000+ year history, China has always been one of the most advanced countries in the world. However, the nation began to fall behind its western peers during the Industrial Revolution, and that gap between China and the West only grew during the 20th century. Wars, famine and plague crippled the nation, that was until Mao took power in 1949………and then it even worse.

But, post Mao, China slowly started to open its borders up to the world and began using its large cheap labour force to manufacture every product you can think of.  China’s economic boom of the last 25 years has been simply amazing to watch. In the space of one generation millions have been pulled out of poverty and are now enjoying much better lives. 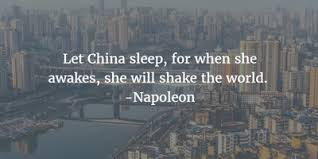 With the rise of China, its aspirations extend far beyond double digit growth, it is aiming to increase its political influence on the world. The Road and Belt Initiative is a multi-billion dollar infrastructure project that will link China with 60 other countries throughout Asia, Africa and Europe. The project will establish sea routes and ports, road, rail and telecommunication infrastructure around the world further amplifying China’s economic, political and cultural influence on the world.

As China has continued to develop its economy it has led to some of the world’s most innovative companies Alibaba, Baidu, Tencent, JD.com, PetroChina, Huawei, etc. These companies are expected to grow in profits and market dominance in the years to come.

While on the surface China looks like an attractive place to invest in due to their innovative companies, improvement in living standards and increasing consumerism by a growing middle class. However, its not all sunshine and fried rice, China has long overlooked their industrial pollution problems. Why worry about clean air and poison-free water supply people when companies are making big profits. Isn’t making green more important than being green?

.Just like their water, pollution isn’t the only thing about China that’s a little murky. Throughout the years China has had a number of Human Rights attrocities from the UN inuding torture, child labour,restricted freedom for citizens, poor working conditions and the persecution of relgious minorities. Although it is slowly being cleaned up a number of workplaces are still far below what would be acceptable in the West. 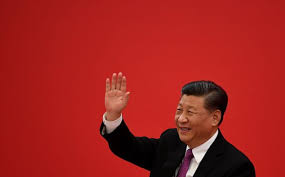 And when you’re talking China you must mention the government. President Xi Jingping who will be leader for life has a firm grip on his country. A mixture of aggressive trade policies, increasing size and power of the military and establishing a strong global presence has led to China to become a big player on the world stage, leaving some countries like the US nervous. The Chinese government influences all companies in some way, whether by directly controlling or tightly regulating businesses. The government also restricts its citizens in a variety of ways. Such as the control of news and information through its state run media outlets, internet censorship as well as other restrictions on personal liberties.

Back in the day the majority of investors were purely interested in companies making big profits, never questioning how they were making such juicy profits. For example, we didn’t really think about the little kid in some sweat shop in a far away land making our shoes. We only cared about our new cool shoes and what bargain they were. But, nowadays society’s values have shifted, we now see many consumers now only buying products from socially responsible companies. Companies caught acting unethically will suffer huge losses. All of the sudden their customers reject them, this shrinks their bottom line and investors sell. So for businesses to remain profitable they need to satisfy their customers and shareholders. By doing the right things customers are more likely to buy their products and investors will continue to invest.

Okay, let’s say the theory is true that socially responsible companies will outperform unethical companies as consumers and investors talk with their wallets. Then is investing in companies in such a controversial country a good idea?

Is it wrong to invest in a Chinese companies if their government has imposed sanctions and tariffs on your country? Or are these trade disputes just a short term hiccup and should be ignored because the potential returns in China are so alluring? 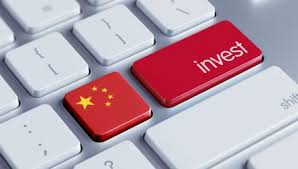 The purpose of this post is not to insult China or to persuade people not to invest in their companies, of course no country is perfect. For what it’s worth I really like China, great people, good food, strong culture and a fascinating history. Its an inspiring country that has transformed itself from a third world country to global superpower in a short amount of time. It has world leading companies developing innovative products. The aim of this piece was to make people think before investing, could there be negative consequences of investing in a country feuding with many other nations.

Will the trade disputes and human rights issues see investors pull money out of China in protest? How much will this hurt your returns?

Is it wrong to invest in a Chinese companies if their government has imposed sanctions and tariffs on your country? Or are these trade disputes just a short term hiccup and should be ignored because the potential returns in China are so alluring?

Would you invest in China or are there better places to direct your money?

Let us know in the comments.